Love Unleashes Life offers a fresh approach to pro-life apologetics. It is designed to equip people  to reach not only peoples’ minds but also their hearts, on the controversial topic of abortion. Through the use of sample dialogues and proven strategies Stephanie equips you with the confidence to truly communicate while changing hearts and minds. 136 pgs, paperback.

“Stephanie Gray has got it right…This book teaches the loving attitude, respectful disposition and communication techniques needed to succeed in this vital work of tough love.”
Bishop Thomas Olmsted, Diocese of Phoenix

“Stephanie Gray is incredible. She combines a razor sharp mind with a winsome apologetic that is truly engaging, even to critics.”
Scott Klusendorf, Life Training Institute

“This book is a must-read for anyone interested in reaching hearts and minds about the greatest human rights issue of our day. With clarity and compassion, Stephanie makes an air-tight case for life, and masterfully equips us to do the same.”
Lila Rose, Live Action

Stephanie Gray is an international presenter who has spoken in Costa Rica, Latvia, England, Ireland, the United States, and across Canada for more than 16 years.  She has formally debated abortion doctors and professors at universities, and has had countless one-on-one conversations about abortion at pro-life exhibits.

Stephanie has done hundreds of media interviews, which include being a guest on CTV News, CBC News, CBC’s The Current, Global News, EWTN, Catholic Answers Radio, 100 Huntley Street’s Listen Up, and the Miracle Channel’s Insight.  She has been interviewed by ABC-, NBC-, FOX-, and CBS-affiliated television news programs throughout the Midwest of the United States.

Much of Stephanie’s media experience was generated during her 12 years as executive director and co-founder of the Canadian Centre for Bio-Ethical Reform, a ministry that took her to Alberta and Ontario.  In 2014, she returned to her home province of British Columbia and now speaks on behalf of her ministry Love Unleashes Life.

Stephanie is Faculty at Blackstone Legal Fellowship where she trains law students from around the world about conversing persuasively on abortion.  She is also author of A Physician’s Guide to Discussing Abortion. Stephanie holds a Bachelor of Arts in Political Science from UBC in Vancouver, and a Certification, with Distinction, in Health Care Ethics, from the NCBC in Philadelphia.

There are no reviews yet.

Seems Like You are Coming from United States (US)

Our site is available in your country.

Do you want to visit our site in your country? 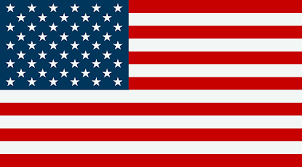